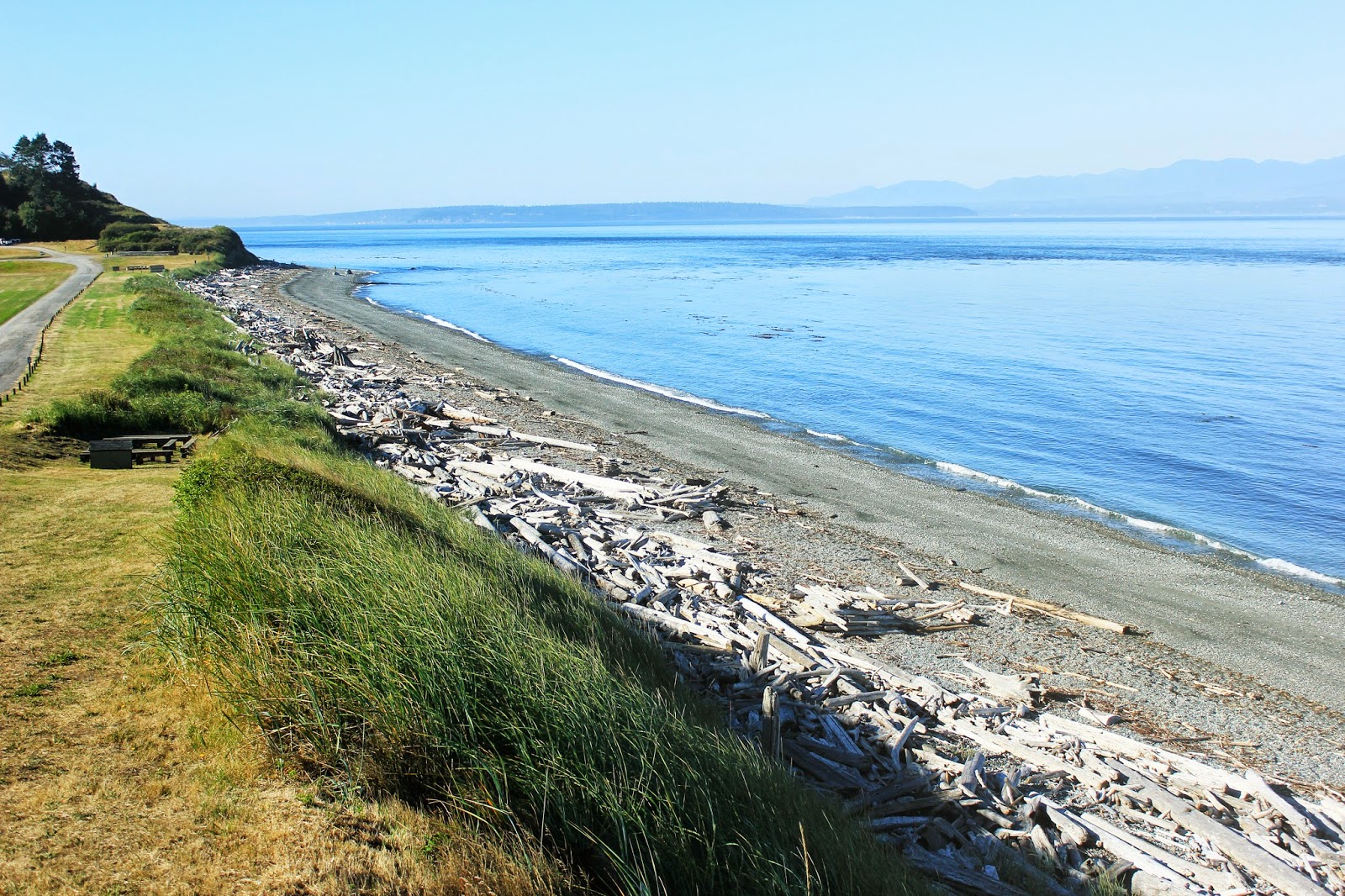 I got to spend my last week and half or so of summer on Whidbey Island (and a couple days in Seattle) with a crazy and wonderful group of about 18 Klines and 9 Ivanyis. This was a family reunion for Josh’s mom’s side of the family (the Klines). Josh’s grandparents, Bruce and Kay, have a strong connection with the Ivanyi family from Hungary, so nine Ivanyis joined us as well. Whidbey is an island in Puget Sound; a couple hours in the car and a short ferry ride from Seattle and you're on Whidbey. One evening our cousin Karly led us in “Pows and Wows”- a way of sharing our highs and lows of the week. All 27 of us shared a pow and wow of our week; after each persons’ pow we said “kerpow” in a sad voice and after each wow we shook our hands in the air and said “wooo.” It was a silly and fun, but also real way to connect and share how we were feeling. Since positivity is one of my top five strengths, I will first share my pows from the week and then end on a happy note with my wows. 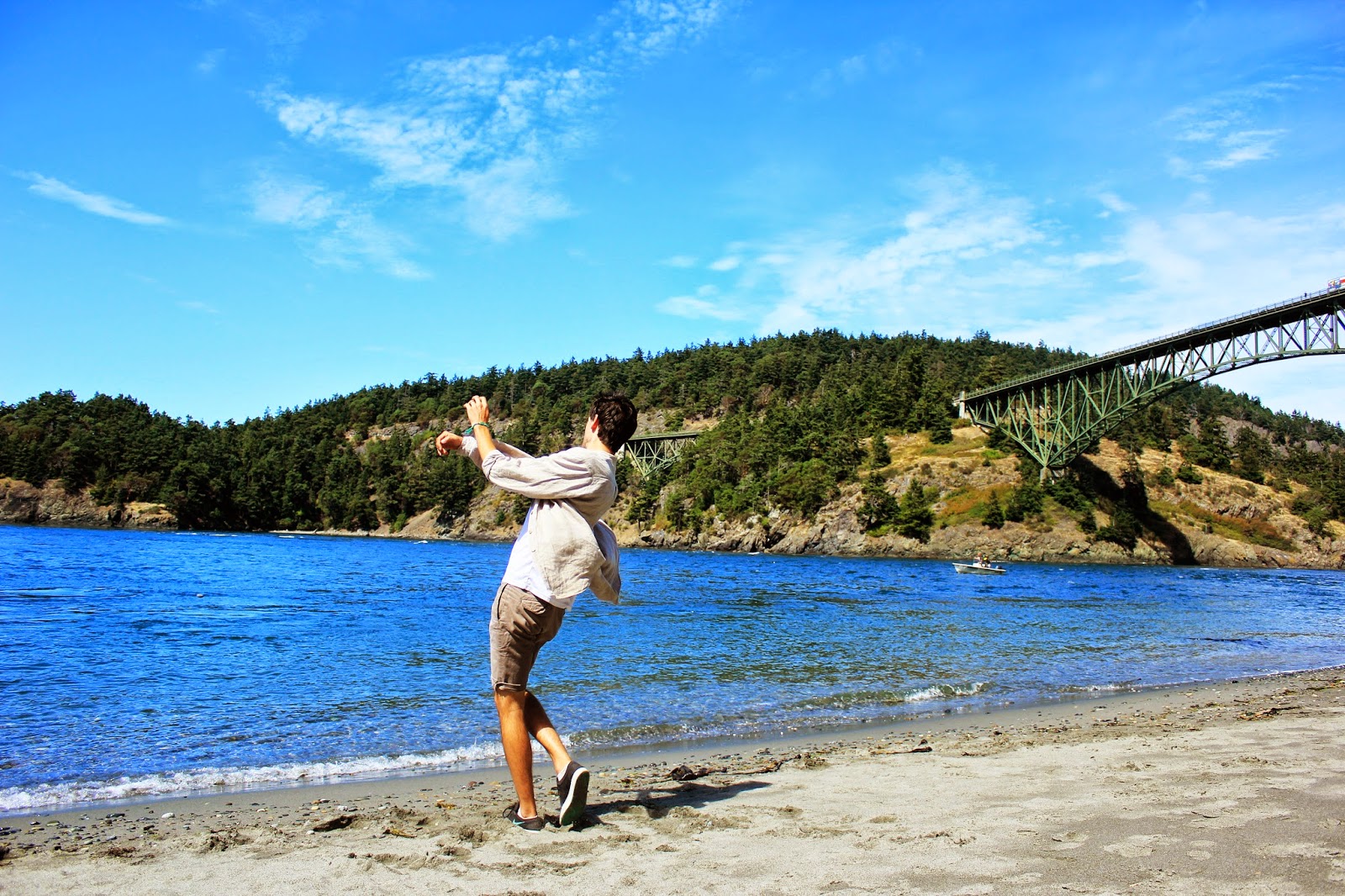 My Great Grandma Z died this summer, which is a big pow in itself. The pow this week was that I missed Grandma Z’s memorial service while I was in Seattle. I already had my plane ticket for the family reunion when found out the date of Grandma Z’s memorial service. I decided to stick to my original travel plans because I did not want to miss out on quality time with Josh’s family. Nevertheless, I was sad to not be with my extended family to process Grandma Z’s death and to celebration her life. Her memorial service was on Saturday and the sadness hit me hard on Sunday. Grandma Z (who I also called "Pally") was really special to me. We wrote letters back and forth for most of my life (at least after the age when I could write letters) and I also felt loved and encouraged by her even though we were miles apart. It was quite a bummer to miss her memorial service, but talking with family over the phone has helped me to process. I also read some of my letters from her, which was a comfort. 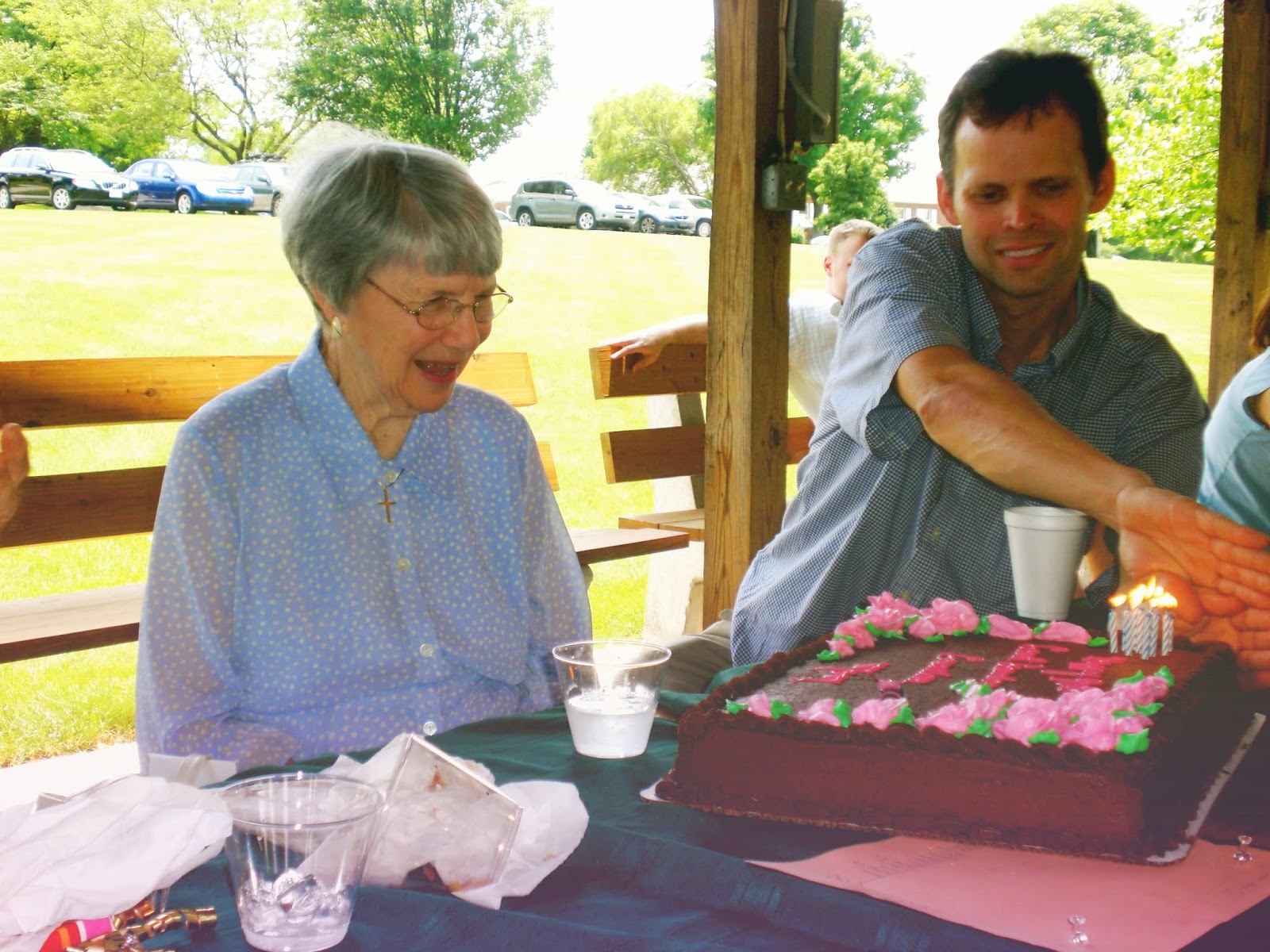 This is Grandma Z. at her 90th birthday party.

A smaller pow is that Josh left Seattle a couple days earlier than me to go on a 10 day tour with his band, The Radio Soul. I missed having him around in Seattle and I missed him the following week in Wichita. My other, even smaller pow is that I spent a lot of time in the back seat of the van as we drove around Whidbey Island and to different places around Seattle. I tend to get carsick, so that was not super fun. It feels a bit silly sharing these little pows, but I think it gives you a more accurate picture of my experience. 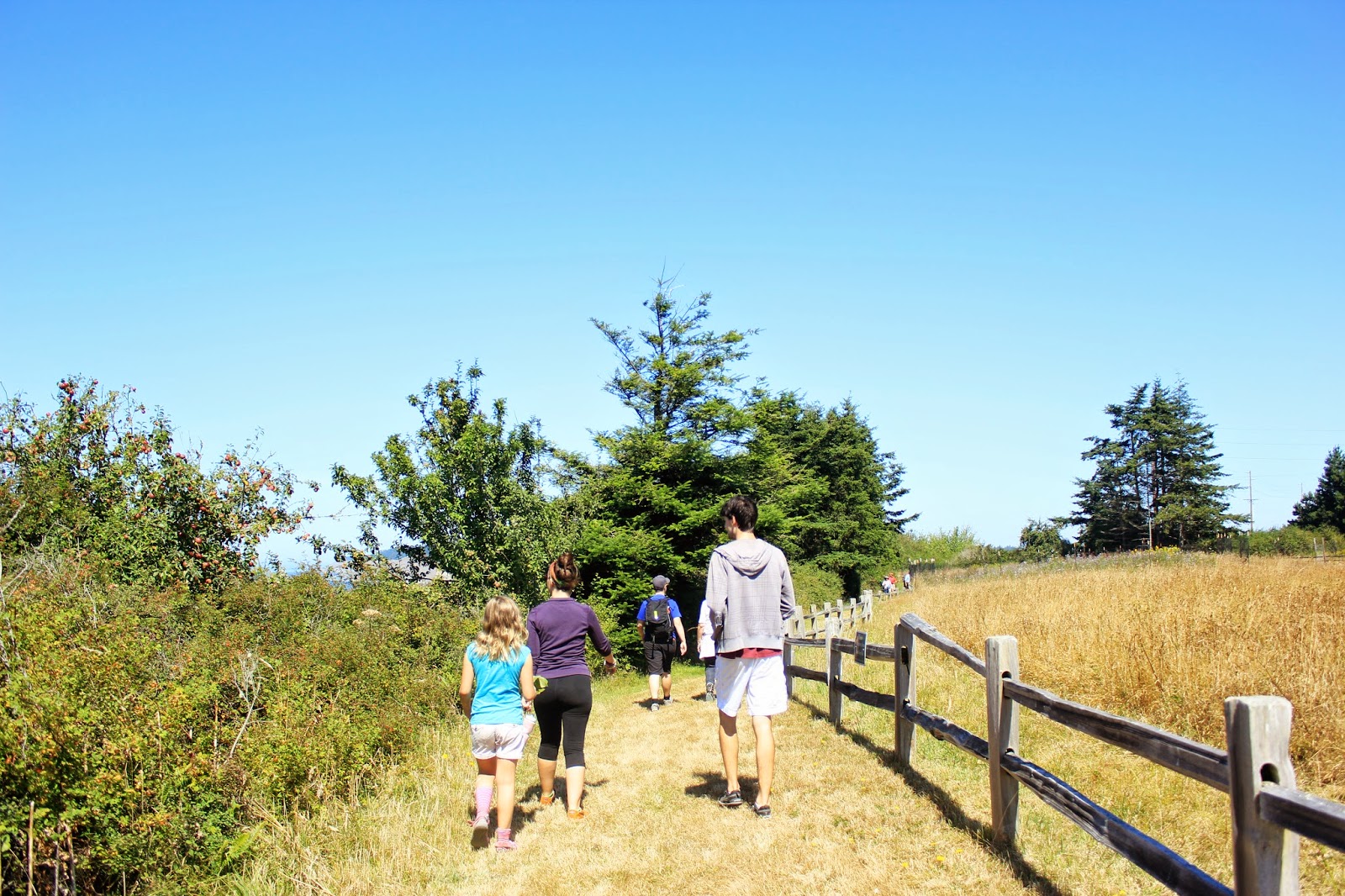 Just being on the island was a big highlight for me.  I loved spending a large chunk of each day outside. Some of my favorite activities were waking up and walking along the bluff before breakfast, moonlit walks along the beach, an invigorating bike ride, making a sun shelter on the beach from driftwood and a blanket, hikes along the bluffs, playing botchy ball one evening with 20 people from our group, and hanging out in the open field in the afternoons (kicking the soccer ball around with Josh and Elise and doing a no-handed cartwheel, which I haven’t even tried to do in years!) 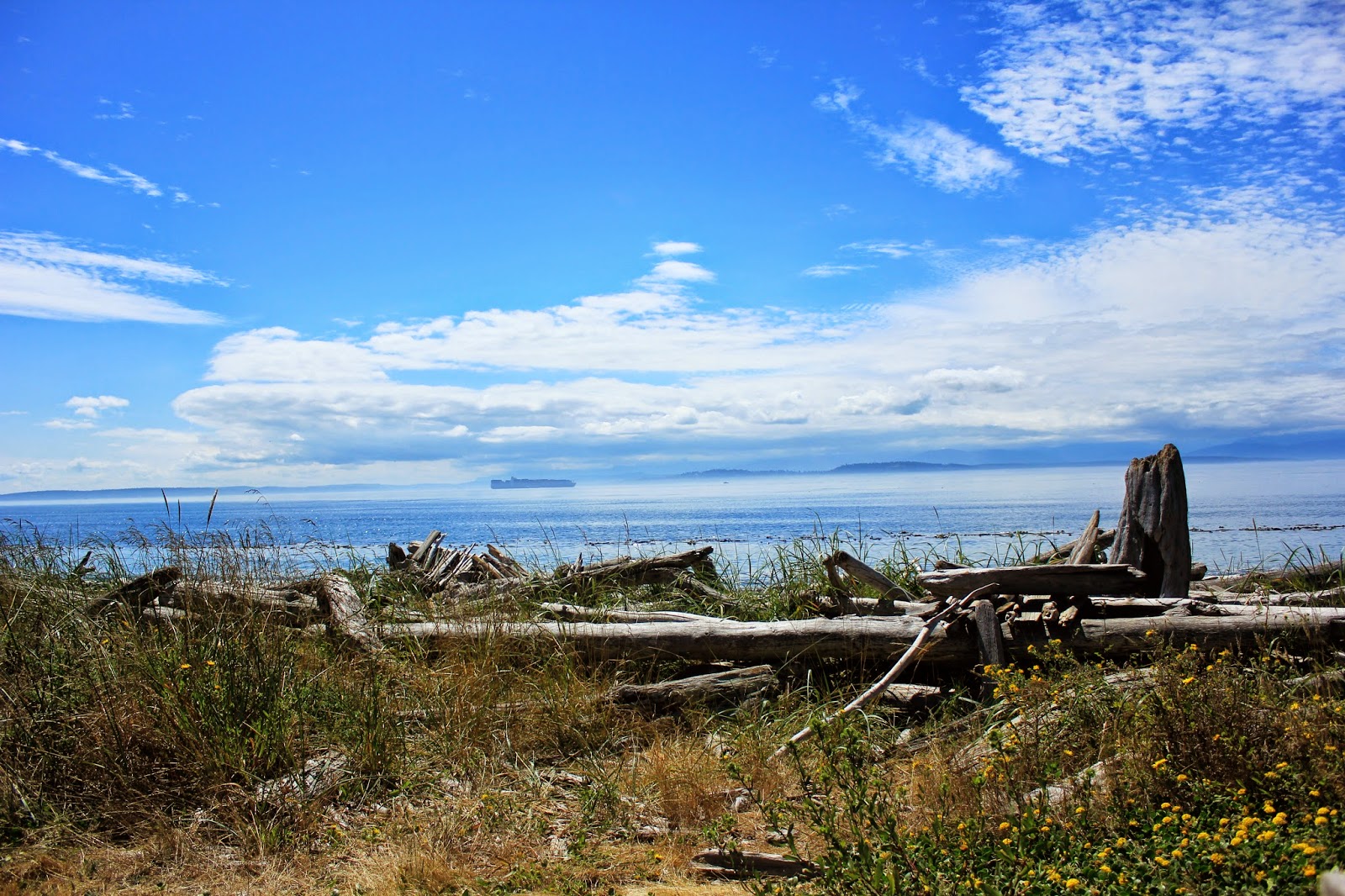 We had a morning prayer service each morning with hymns, Taize songs, scripture reading and prayers of the people. I loved the time to connect with God and with everyone in prayer. This helped me feel more like a part of the Kline family. 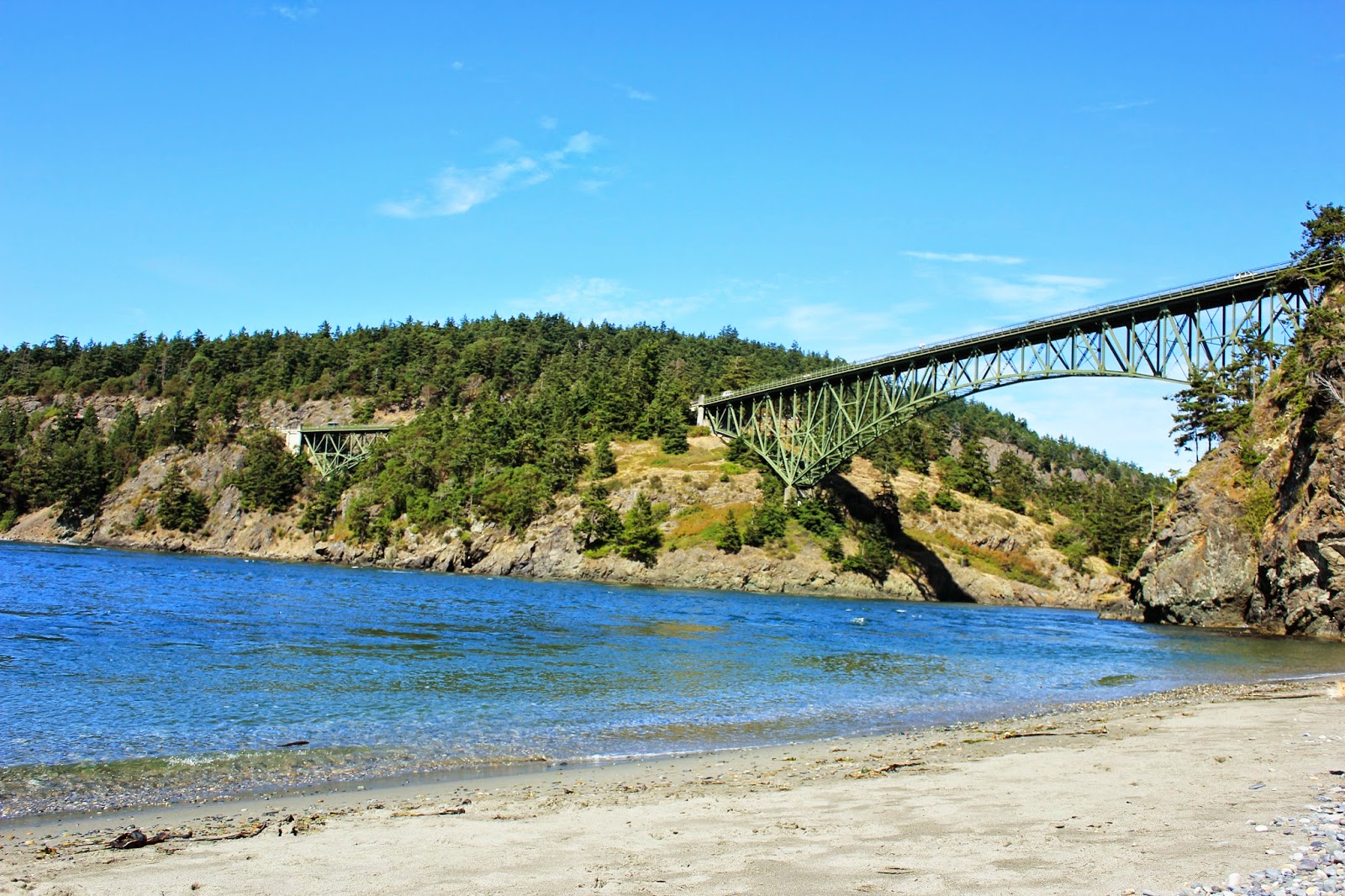 I loved getting to know some of the Ivanyis better. Josh and I met many of them last year when we went to Budapest, so it was nice to spend more quality time with them. I spent a lot of time playing with little Sari who is three years old and babbles on and on in Hungarian. I had only a few Hungarian words that I could say to her:  béka frog), szia (hi and bye),  jó éjszakát (goodnight). We had a good time together though; we played hide and seek, I spun her around, and we’d take her stuffed frogs for horse rides on our backs. Gabor Ivanyi and his wife Moni stayed at the Cranstons’ house with us for two days after Whidbey, so I got to spend a lot of time with them. They are quite good at English, so we could have interesting conversations and joke around together. They are both hilarious and very good natured. Gabor cracked me up on the first day when we were introducing ourselves. All the men in the Ivanyi family were asked to introduce their immediate family; Gabor stood up and said “I am my wife’s husband.”  In Seattle Gabor and Moni taught us some Hungarian card games and they told us that we must visit them in Szeged, Hungary. 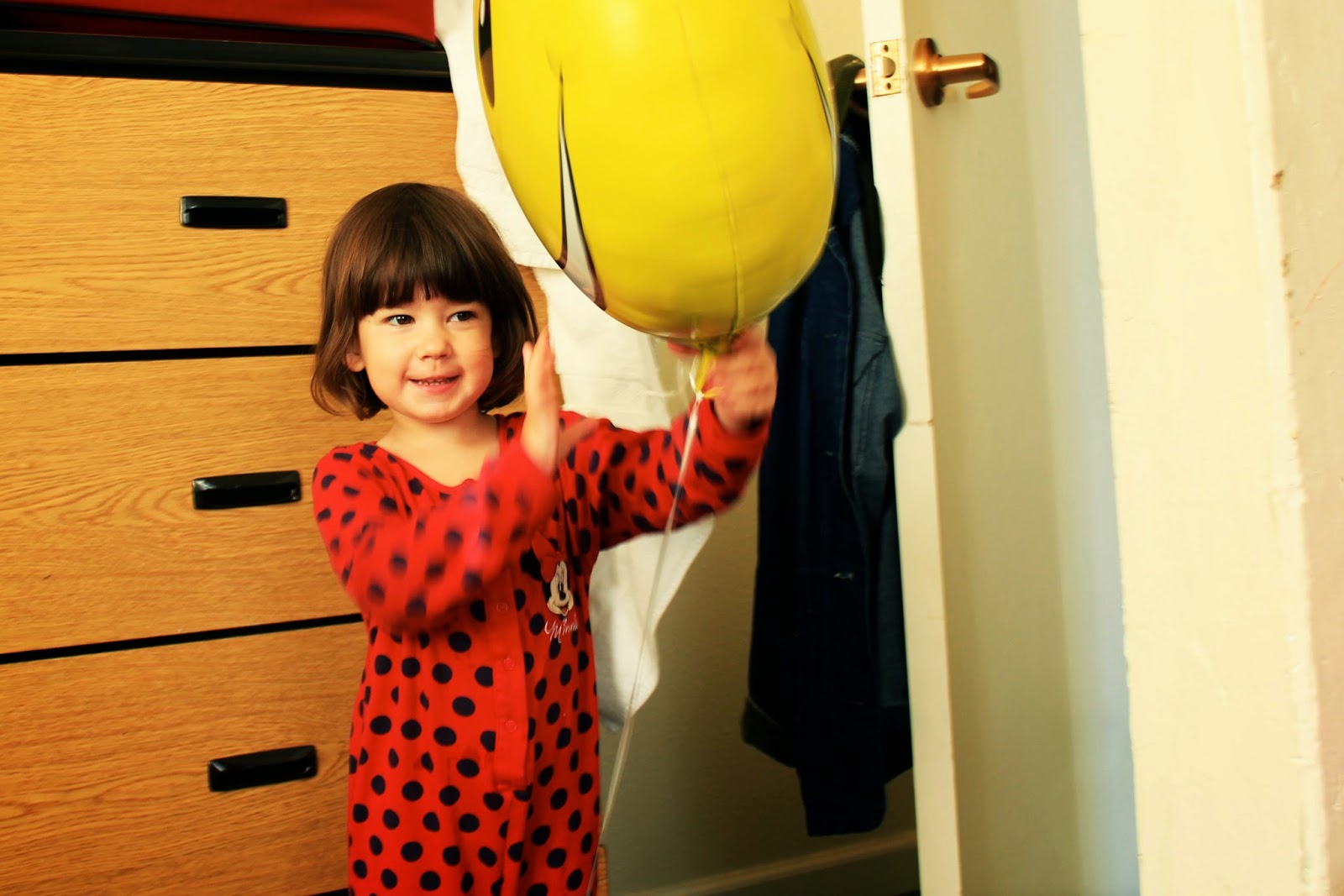 Josh actually flew out to Seattle a week before I did, so one of my wows of the week was getting to spend time with him again! That week was the longest amount of time that we’ve been apart since we got married and it was hard for me. I was glad to be in his presence again. 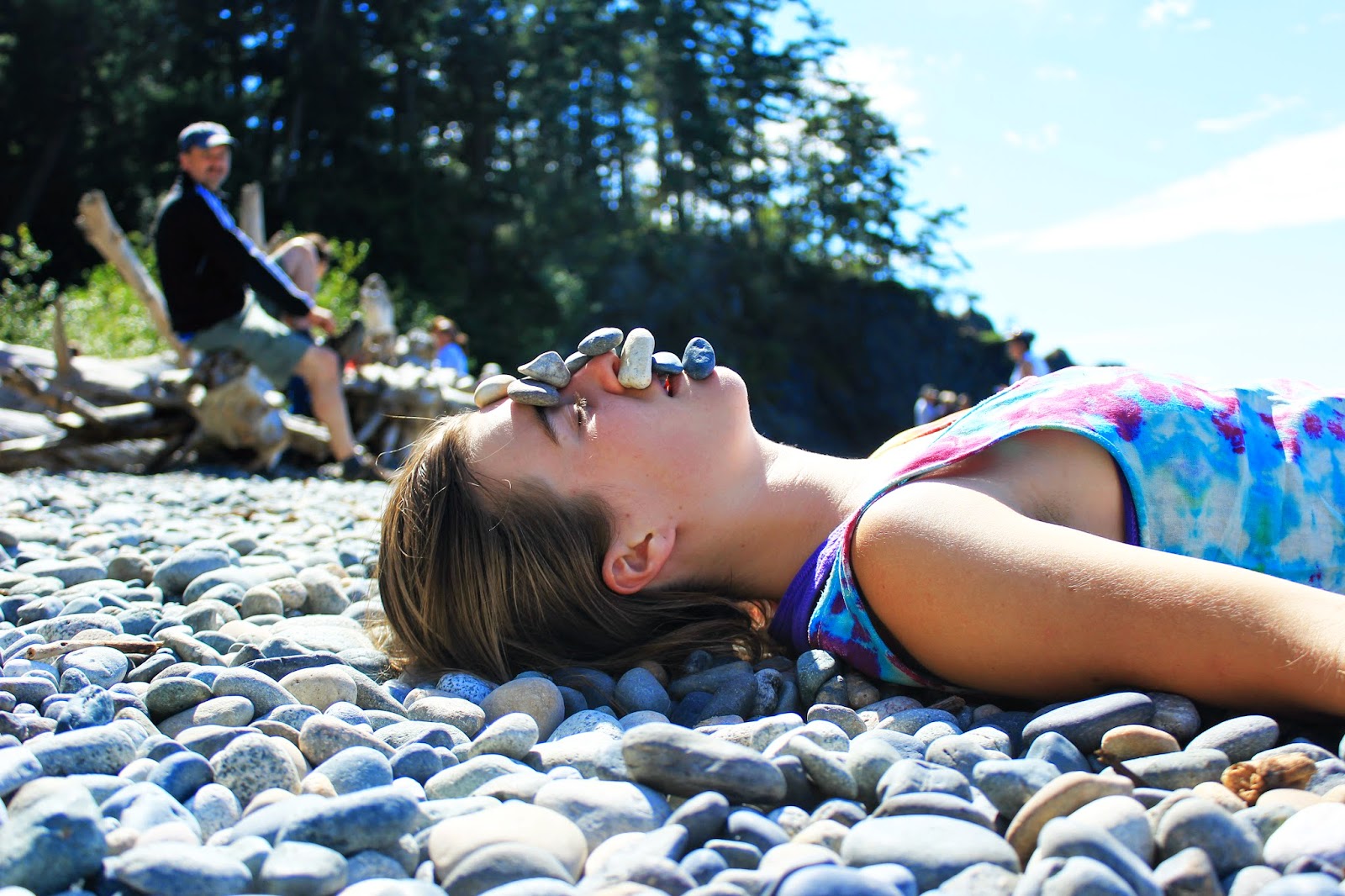 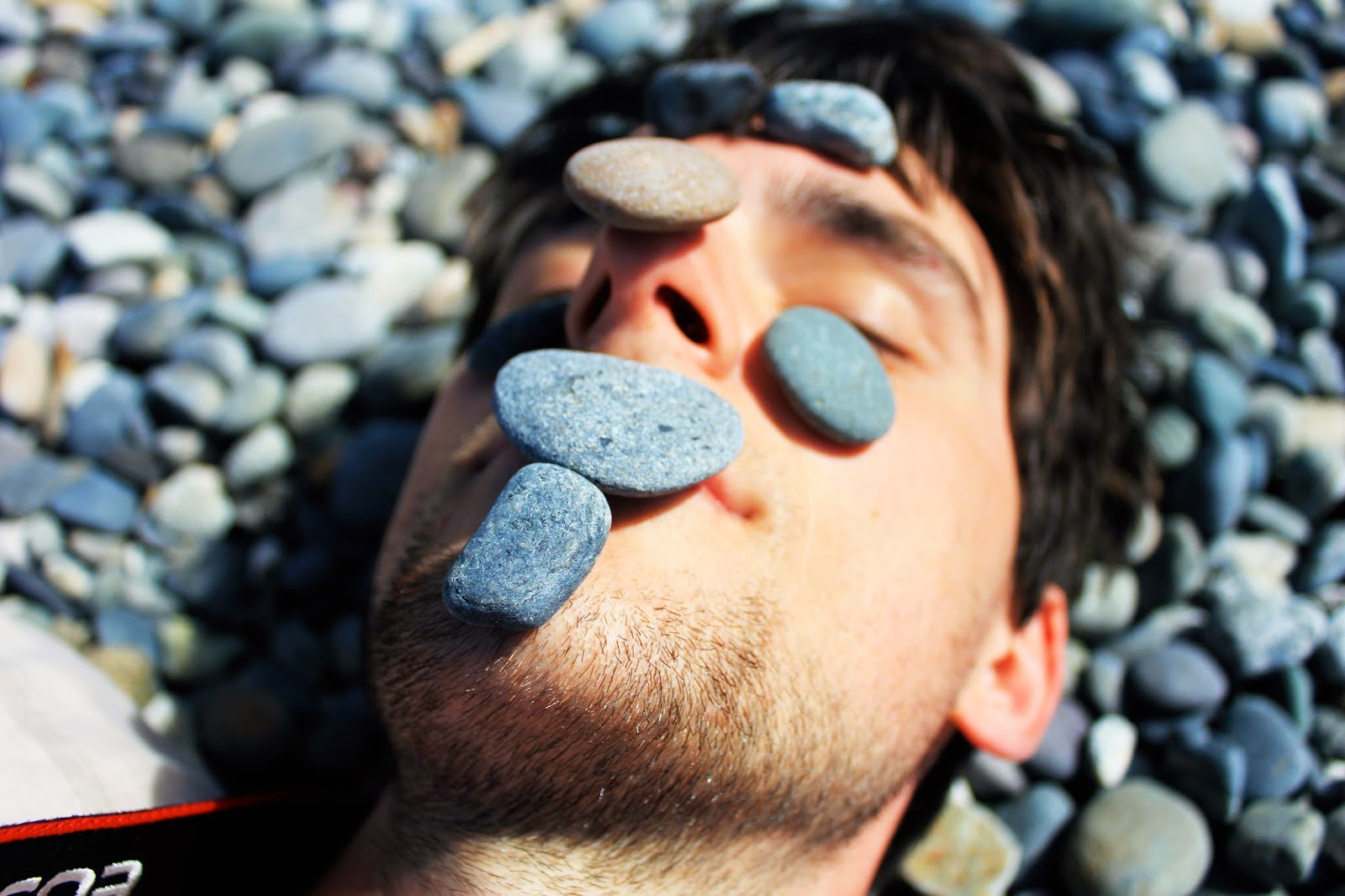 Putting rocks on each other's faces turned out to be very relaxing.

My final wow was doing yoga, led by our cousin April. I’ve fallen out of my yoga habit this summer and it was nourishing to my body and soul to do yoga again. One morning a group of us did yoga in the living room at our place on Whidbey Island and then back in Seattle April, Karly, Elise and I did yoga in Karly’s backyard by the light of the full moon. So peaceful and inspiring! 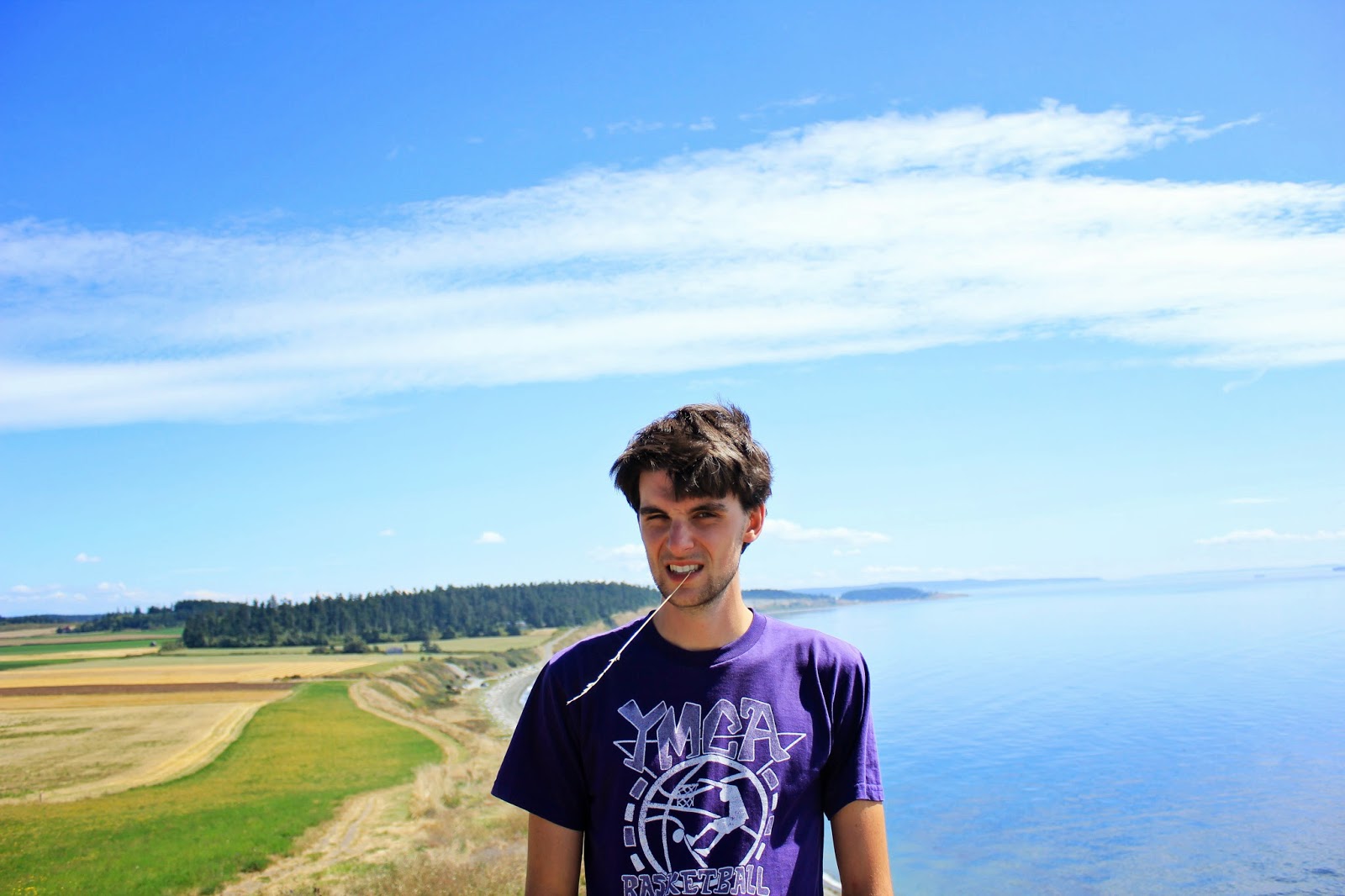 So that was my week on Whidbey with all the ups and downs. It was a beautiful week!

Posted by Rachel at 6:00 AM No comments: 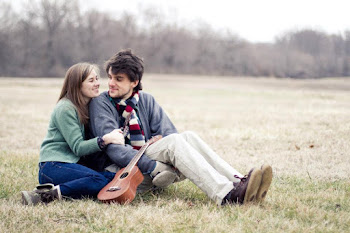